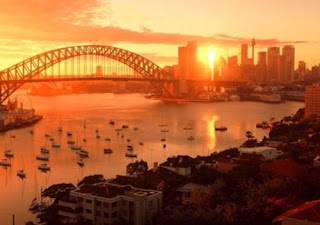 Canberra: A DNV-led joint industry project (JIP) has identified 10 Australian ports which have the potential to offer LNG bunkering by 2016, backed by attractive payback periods for investments with no significant legal restrictions hindering development.

The study focused on LNG fuelled offshore support vessels (OSVs) and tugs, and believed that with proper combinations of bunkering solutions such as tank trucks, permanent tanks and barges in the different ports, efficient LNG bunkering can be established.

“Increasing LNG production along with new international regulations boost the interest in LNG fuelled shipping; this may actually to some extent switch ships from fuelling with imported fuel to using domestically produced LNG,” said Henning Mohn, project manager for the JIP.

The JIP recommended more technical guidelines and a clearer regulatory framework to be in placed, along with financial incentives to kick-start the development.

DNV noted that when establishing LNG bunkering, the critical business phase is the first two to four years of operation when the LNG suppliers rely on a few brave shipowners willing to be industry forerunners.

After some years of successful operation a second wave of ships is expected to enter the market, which will reduce suppliers' uncertainty and reinforce the business case. An accelerated approach can open up LNG bunkering in Australia by 2016.

The use of LNG as a fuel for ships is seen as one of the options to address the future environmental and commercial challenges in the shipping industry.