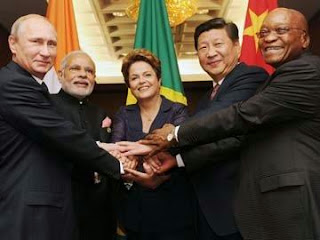 Posted by Vivek at Wednesday, November 19, 2014 No comments:

I'd like to add you to my professional network on LinkedIn

The International Maritime Organization (IMO) has agreed to consider introducing measures to improve controls of bunkers delivered to ships. After six submissions to the IMO over 4 years, to which INTERTANKO made a major contribution, persistence with another submission has resulted in progress to assure the quality of fuel delivered to ships.

A correspondence group will develop guidelines for states to ensure fuel quality compliance with MARPOL Annex VI. It will also consider the adequacy of the current legal framework for assuring the quality of fuel.

INTERTANKO’s Managing Director Katharina Stanzel says: “We welcome this decision. However this is only the beginning as we believe that control of compliance should be transparent along the entire supply chain. Our members and all ship owners should be able to have confidence, and documented proof, that fuels they receive are at or above the mandated standards.”

In order to control whether bunkers delivered and used by ships are compliant, most parties to MARPOL Annex VI control fuels used by ships (i.e. sampling fuel in the engine room). INTERTANKO has been arguing that there should be given first clear evidence of the quality of fuel supplied to the ship is compliant.

From 1 January 2015 tighter SOx emissions limits (<0.1%) will mean increased control on ships arriving in port. “Port authorities such as the EU Member States will have a real challenge in demonstrating non-compliance by testing fuels used by ships,” says INTERTANKO’s Technical Director Dragos Rauta, “when ships may hold test results demonstrating that the fuel delivered to them was not compliant.”

In order to protect their ships, INTERTANKO has advised its members to issue a Note of Protest to the Flag Administration, bunkering Port Authority and to Port State Control at the next port whenever bunker suppliers do not use IMO Guidelines to take the MARPOL sample and that sampling is not witnessed by the crew.

The latest submission, co-sponsored by INTERTANKO, Marshall Islands, Liberia and other industry representatives, found widespread recognition and support for amendments to the current rules to increase the control on fuels delivered to ships, arguing that there is ample evidence that the current regime is falling short.

However arguments that regulatory changes aimed at improving control with bunker suppliers would be too burdensome for many countries and would fundamentally change the supplier/customer relationship led to a successful US proposal to develop non-mandatory guidelines to ensure that bunker suppliers provide fuels that comply with the quality requirements in MARPOL Annex VI.

The Ocean Trash Index presents state-by-state and country-by-country data about ocean trash collected and tallied by volunteers around the world on one day each fall during Ocean Conservancy's International Coastal Cleanup®.

Volunteers have collected data since 1986, and the numbers are used to raise awareness, identify hotspots for debris or unusual trash events, and inform policy solutions.

Cleanups alone can't solve this pollution problem. Nevertheless, the Ocean Trash Index provides a snapshot of what's trashing our ocean so we can work to prevent specific items from reaching the water in the first place.

Want to do more? Join the fight for a healthy ocean by taking the pledge to help turn the tide on ocean trash. 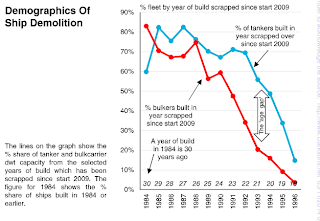 Posted by Vivek at Wednesday, November 05, 2014 No comments: